Heidi was feature in the 1st addition of "Your Local" , September 2017 and recently on the front page of the provincial news paper, April, 2018. Just click on the picture to read. 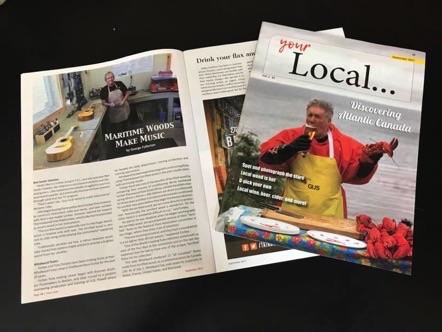 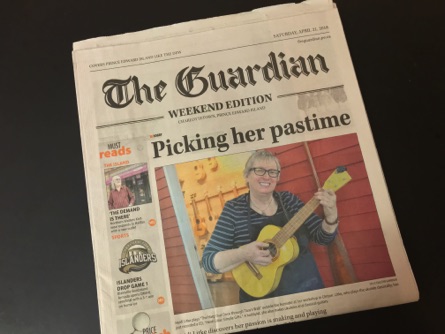 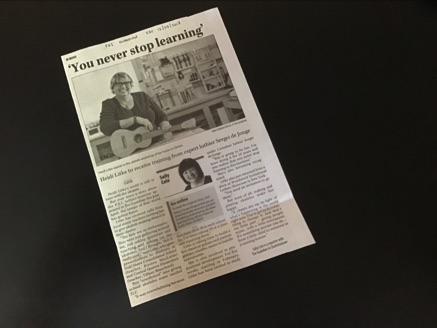 "Picking her pastime" was beautifully written by editor Sally Cole of the Provincial newspaper. It tell of Heidi's passion for ukulele building. You can read the article with one short click on the front page.

Heidi was so honoured to find out that Sally Cole, editor picked Heidi for her story of the year.

Donald Bousted is a composer, mixed media artist, guitarist and ukulele player.  His work is often based on intimate explorations of one or two instruments, sometimes with electronics.  In the work of the last 20 years, he has collaborated with visual artists and sought to integrate elements of film, still images and live art into his oeuvre.  He is perhaps best known for his microtonal music, which has been an interest since he was a student.  He has written music using quarter- and eighth-tones, just intonation, and a substantial body of work in 19-divison tuni n (19 pitches per octave).  You can find out more about Donald at www.donaldbousted.com

I would like to thank Donald for the commission of his newest instrument, a baritone ukulele from Red Sands Ukuleles. I have dreamed of having someone like Donald play in the style for which my instruments were designed. For that, I am very greatfull. Here are a few videos of Donald and his ukulele.